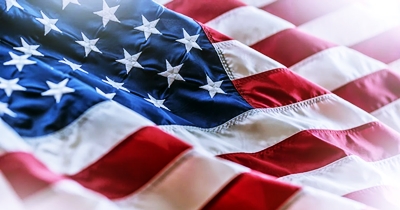 There are times when I feel the need to speak out about the path this nation has followed for several years and what God has placed on my heart.  This is one of those times.  Whether you agree or disagree is not my concern.  I feel compelled to say it and let the chips fall where they may.  So, with that said, here goes . . . . .

This nation is in serious trouble internally and the majority of the population is only concerned over the price of gas and the increasing inflation, and rightly so. But there are some who would see the U.S. ruled under Socialism, and/or Communism, and they are making progress every day. One effective way of destroying a nation within is to first destroy its moral standards. That is obviously happening today.

We are like the frog jumping out of boiling water but undisturbed as cold water is brought to the boiling point and cooking the same frog. Changes in our way of life are subtle, a little at a time, until one day after believing it is wrong to kill a baby to the public mindset that it’s not the death of the baby that is important but what is vital is maintaining respect for a woman’s “right” to kill the baby.

According to the Guttmacher Institute, an estimated 930,160 abortions took place in the United States in 2020. That is an average of over 2,500 babies murdered every day, over 100 every hour, and about 2 per minute. We have reached an all-time immoral low when 2500 abortions are performed a day, regardless of whether they are performed through rape, incest, or the mother just does not want to be restricted in her lifestyle.

In another instance, since the 17th-century colonial laws sodomy was considered a disgusting and illegal act. Today it is celebrated with parades and the rainbow given by God in an eternal promise to Noah, now it has been stolen to represent depravity.

And one final sign of how far we have dropped immorally is the fact that my speaking out on these issues will be considered immoral and likely to be banned by Facebook and other social media platforms.

God will not bless a nation that refuses to repent.

Please pray for our nation and may God richly bless you!