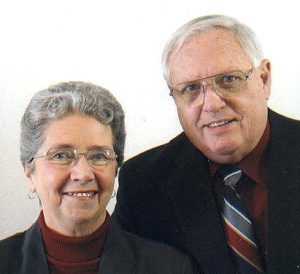 Covenant Messenger Ministries had its beginning in the fall of 1989.   At that time the Berlin Wall in East Germany was coming down, one hammer blow at a time, by people who were determined to be set free.   For years the Wall presented a physical barrier to the freedom of millions of people.    What was less obvious was an even greater spiritual barrier the Wall represented.

Back in Iowa, U.S.A., the Lord spoke to the heart of a printer named Val Black and instructed him to print Gospel tracts for the Eastern Europe nations of Bulgaria, Romania, and Hungary.   The tracts were printed and in the fall of 1989, thousands were carried across the borders into Bulgaria.   The tracts were like a fresh drink of water to a people who were thirsty for spiritual identity.

After Bulgaria, tracts for Romania and Hungary were printed and shipped.   Again, thirsty souls were eager to learn about the Lord. Letters returned to us begging for tracts and Bibles.   They were shipped as the Lord provided the funds.   God worked many miracles and supernaturally opened doors for the ministry, permitting it to do far more than could be expected for a one-man print shop.

Then, in 1993, Etta Little, the wife of Val’s Pastor, Nathan Little, called Val early one morning to inform him that God woke her during the night and said to tell Val to make a tract and call it, “The Promise”.  So  50,000 tracts titled, “The Promise” were printed and shipped to Africa.   From that one shipment came hundreds of letters giving testimonies of salvations, Baptisms in the Holy Spirit, deliverance’s and healings.

The ministry was soon averaging 50 letters per day from Africa.  Most of them were requests for more tracts and Bibles.  It became apparent that it was necessary to open a distribution point in Accra, Ghana.  A dedicated Christian Ghanian by the name of Joseph Boachie-Danquah, now directs the operation in Accra. Pastors, evangelists, and laymen come from all over Ghana as well as from Nigeria and Liberia to receive materials. God has blessed the ministry with many volunteers who are “on fire” for the Lord.    They witness and minister in hospitals, prisons, schools, cities and rural areas of Ghana.   In a recent crusade, many people were converted to Christianity and 24 fellowships were started.

Should the Lord tarry, our vision is to provide Pastors, evangelists, and laymen with materials needed to bring as many souls to the Lord as possible.

In 1999 a Bible School was started in Accra, Ghana. The school utilizes materials from the International School Of Ministry curriculum, a video training tool featuring some of the world’s finest Christian teachers who teach in English, followed by a translation in the Twi language,  a common dialect that is understood by 80% to 90% of the population in Ghana.  The course entails about 150 hours of solid Bible-based teachings.  The curriculum is designed as a tool to turn local churches into training centers.  It also enables National Pastors to raise up church planting teams from their own congregations.

In May, 2017, two years after applying for permission to conduct Bible studies in the prisons of Ghana, permission was granted by the Gov’t. and the first Bible school began in the prison in Kumasi, the second largest prison in Ghana.   Seventy inmates had registered for studies but on the opening day, 115 inmates came.   We are asking for prayer for the success of the prison ministry.

If you are led to help support this ministry, please Support Us.

Covenant Messenger Ministries is a US 501(c)(3) Nonprofit Organization