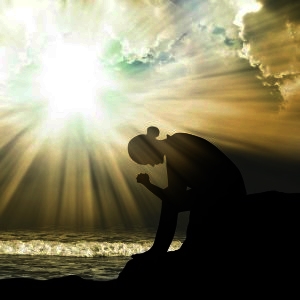 I recently had a conversation with a woman regarding her father. Her father told her the reason he would not go to church, except for the occasional holiday program, was because the same men he sat with in the bar on Saturday night were the same men he had seen sitting in church on Sunday morning. It made me wonder how many other people allowed the behavior of others to dictate their own decision to attend church. Later as I thought about our conversation I saw the contradiction in his statement. What was the real issue here? He himself had been at the bar Saturday night and was now sitting in church the next Sunday. His behavior was no different than the others. The only difference was his thinking and rationale regarding the situation. He had allowed grace for himself but refused to give it to others.

How many times have we judged others for their behavior or lifestyle and how many times have we made allowances for ourselves for our own behavior or lifestyle when either behaviors or lifestyles have been in opposition of God’s will for mankind? Probably more often than we care to admit.
Jesus addresses this issue in Matthew 7:2 and 3, “For in the way you judge, you will be judged; and by your standard of measure, it will be measured to you. Why do you look at the speck of sawdust in your brother’s eye and pay no attention to the plank in your own eye?”

It’s easy to flippantly make remarks about others when we don’t agree with how they look or what they do, but is that God’s standard? Our words are very powerful. The Bible describes just how powerful our words are in Proverbs 18:21, “The tongue has the power of life and death, and those who love to talk will have to eat their own words.” We often feel justified in speaking our opinion about people and circumstances. It is human nature to feel like we know all of the facts, when in reality, we really don’t. It’s also human nature to feel important and that we have the right to say anything we please even at the expense of other people’s reputations just so we are heard. In the big picture of life let’s remember that we only see snapshots of people and situations. God sees what we cannot see and He’s the one who truly knows all.

Regardless of whether or not we understand another person or a situation, let’s be careful and purposefully intentional with what we say.

We all need to work on thinking before speaking. In many situations, it’s better to say nothing than to voice our opinion that in the end will not only hurt another person but ourselves as well. Let’s put God’s standard into practice and first pray for people and situations! That will please God and produce His Will in people’s lives and in circumstances. If we are to speak, God will show us that and He will give us the words to speak.

I know of a young man who attended youth group for about three years. He had many conversations with the pastor and his wife regarding Jesus and what it means to accept Jesus as Lord and Savior. This young man was very honest and told them he had no interest.
Week after week he attended youth group. Week after week he participated in praise and worship and listened to God’s Word. Little did he realize God was planting seeds of truth in him which would later lead him to accept Christ.

Last week he was baptized. God is transforming this young man right before our very eyes! It has taken years, months and days and all the while God was preparing the soil of this man’s heart. It was being done in the secret place of his spirit and soul. There was no way by human sight you could see the secret things God was doing in this man. You see God was at work. By human perspective it was not visible to the outside what God was doing on the inside. We don’t know it all! But we can know the one who does!

Maybe you have been struggling or you know someone who is. We don’t know or even understand the things that go on in this life but Jesus does. We can talk to Him about everything and anything. We should be living our lives for Him alone. It does not matter whether others accept us or not. It does not matter whether others understand us or our situations. It’s not other people’s job or responsibility to approve of us or not – that is solely God’s responsibility. God gets it! God gets us! God is for us and not against us.

In the same way how we live our lives is not dependent on how other’s live theirs. Too often we allow other people’s decisions on how they live their lives to affect our own walk with God.
We are quick to make assumptions about others and why people do what they do. That way of living only entangles us. Let the Holy Spirit do His work. It is His job to convict others of sin, not ours. Conviction comes from God while condemnation comes from people and Satan himself. We must live our lives for God regardless if others don’t. Don’t base your experience with God on your perception of other people’s lives.

It’s time to move forward and put away those things that have led us astray from God’s perfect Will for us. Keep praying for those who do not yet know Christ. Never give up! As long as they have breath in their bodies, they can come to know Him. If you have sinned, ask God to forgive you and He will. Don’t allow other people’s behaviors or lifestyles to steal from you! Let God deal with others, you just stayed focused on you and on God. Whatever you do, MOVE FORWARD!
Galatians 1:10, “I do not seek the approval of people, but of God. If I were trying to please people, I could not be Christ’s servant.”