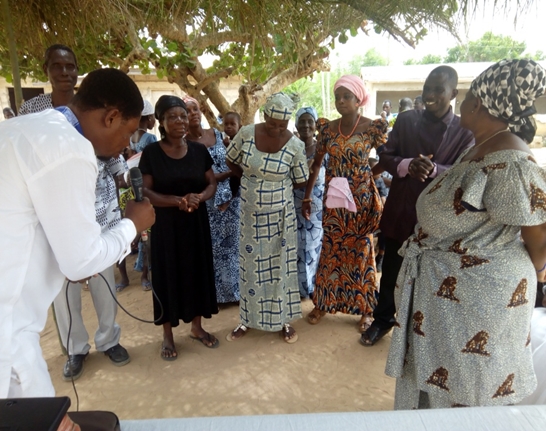 A report was recently received from the ministry of Rev. Dotse and his wife, Dezire in the Monome and Akeve areas of Ghana. They reported they had two revival meetings at Akeve and Monome resulting in 35 people accepting Jesus as their Lord and Savior!   They were then instructed in the importance of baptism, led to a lake and were baptized.

For the past two years, Rev. Dotse and his wife have featured a Bible training radio program titled, “Time With The Living Word”. Since the program airs over most of the Volta Region, they have found it to be a very effective evangelism tool.  Future plans include building their own radio station on land that by the Grace of God, is already in their possession. 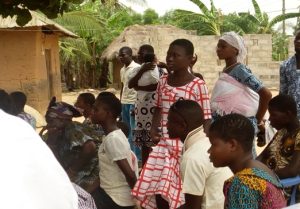 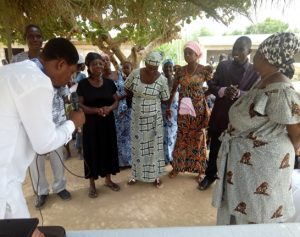 Above:  The crusade at Monome and Akeve 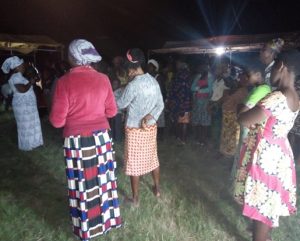 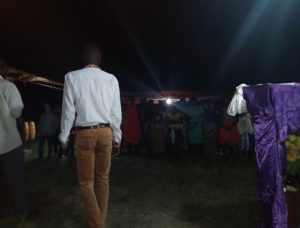 Above:  Night services at the crusade 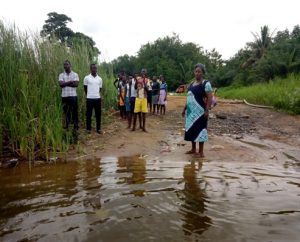 Above:  The waiting line for baptism 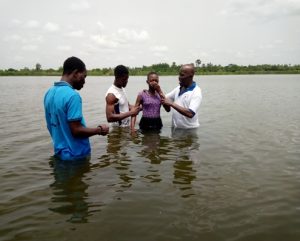 A woman being baptized 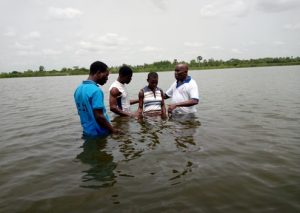 Above:  Another woman baptized after receiving Jesus as Savior. 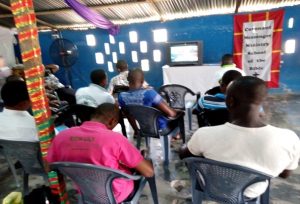 Above is the C.M.M. Bible College at Monome