Greetings in the name of Jesus Christ.

On Wednesday, the 3rd of August we set off to Jukwaa in the Central Region of Ghana and returned on Saturday, the 6th of August 2022.

The distance from Accra to Jukwaa is 172 kilometers (107 miles) and we drove for 3 hours and 50 minutes.

We prayed from 1 pm in the afternoon until 5 pm committing the town and the people into the Hands of God.  We asked God to give us words and wisdom to do His will.  Then we went around the village preaching the Gospel of Jesus Christ, shared tracts, and explained the messages on the tracts to those who can’t read.

Summary of our activities:

We shared 621.  170 accepted Jesus as Savior, 31 rededicated their lives to Him and witnessed about 5 healings.

One group of men was reluctant to hear what we had to say.  We were told that they don’t want anything to do with Jesus or church.  In fact, they sometimes become violent when someone shares the Gospel with them.

But I (John Harrison) had peace about it and felt led by the Holy Spirit to go ahead and share the Gospel with them.  I told the team members we should go to them so they agreed and when we found the men talking together they told us we were not welcome and told us to go back where we came from.  They said they didn’t want anything to do with our God.  I replied by telling them God sent us to tell them He is not mad with them and that God loves them very much.

Suddenly, the leader grabbed my shirt and said to leave right now before he got angry.  I felt in my heart that he always gets violent when he remembers his parents.  So, I told him that God loved him and the reason for whatever happened to his parents was only known by God.

He let go of my shirt and asked me, “If your parents were on their way to church but were killed by armed robbers, would you serve that same God?”

I took time to share the Word of God on the tracts and explained the benefit of dying as a child of God.  The Holy Spirit must have helped them understand what I was saying and all four of them gave their lives to Jesus!!  In the end, they were all happy and asked us to come back again.  Praise the Lord!!!!!!

Another time we met a Muslim woman and her husband in front of their house. Initially, they didn’t want to listen to us so they ignored us.  We tried to talk to them and the husband left and went inside.  We shared the Gospel tract titled, “Your Blood Brother Jesus” with the woman and she accepted Jesus as her Savior!!  Later, she took one of the tracts and said her husband needed to read it too and she would share the wonderful news with him.

The following day as we were passing by the same home, the woman came out and told us the husband took the tract and read it.  Then he told the wife that anytime she sees us she should invite us to come to their home to pray for him!!

Glory be to God for touching these wonderful lives of our brothers and sisters!! 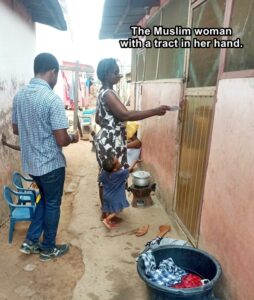 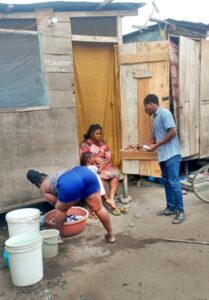 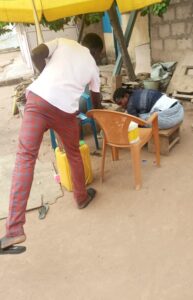 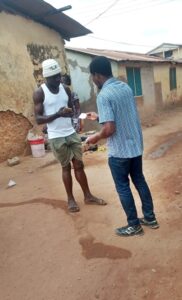 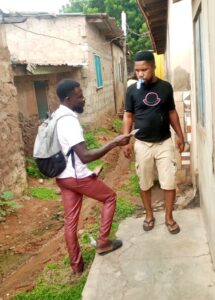 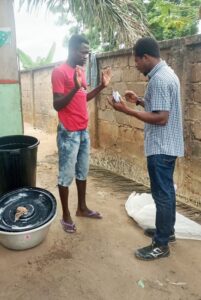 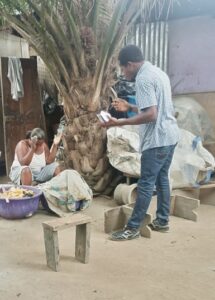 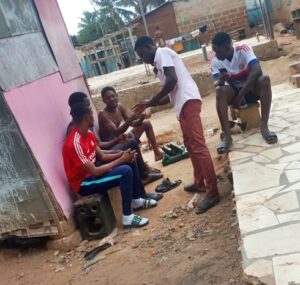 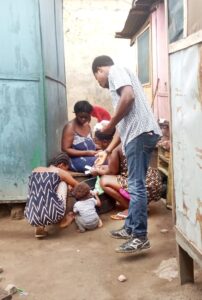 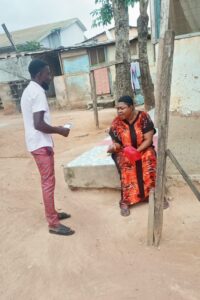 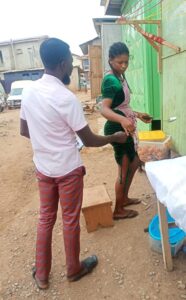