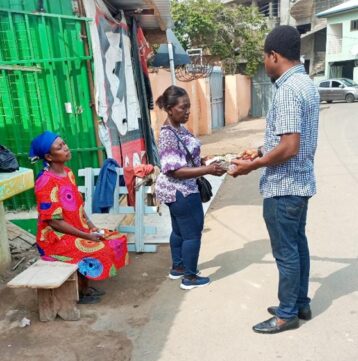 We, the CMM Evangelism team of Ghana, have made it a priority to bring the living Jesus to the dying world every week as God enables us.

On Wednesday 17th August, we traveled over 4 hours to a village in the coastal part of the Western Region called Akwidaa.  Akwidaa is a fishing community and their favorite and major food is “AKORƆƆ”  Akorɔɔ is made of fresh fish with a lot of pepper and they enjoy it with an alcoholic beverage.  This makes a good number of the people at Akwidaa alcoholics.

Once we arrived in Akwidaa we rested a while and then prayed for God’s guidance.  Then we started the evangelism activity on Wednesday evening.  During the 3 days we were there we shared over 500 tracts and preached the Gospel to the community.  We also explained the messages on the tracts to their understanding.

We believe at least 177 people were sincere in receiving Jesus Christ as their Savior.  In addition, we witnessed 4 healings of physical bodies.  Over 40 people who had once been saved but had returned to their old ways became convicted of their sins and renewed their relationship with Jesus.

Two of the photos is of a Muslim we met while there.  We met him while he was sitting on his porch and David handed him the tract,  “Go to the Rock”.  Brother David explained the message to him and to our amazement the man asked,  “Can this Rock you are referring to as your God heal me?”.  David answered, “Yes!”. Then David asked the man if we could pray for him.   The man consented so David laid his hands on the man’s legs and prayed so the man could walk without pain. Immediately the pain in his legs left him and he could stand and walk!!  Glory be to Jesus!!!

Another Muslim was confused because he heard us say “Jesus is alive”. But after preaching we handed him the tract titled, “The Promise”.  He read it and after answering numerous questions, he also gave his life to Christ.  Apart from these Muslims, many gave their lives to Jesus and were delivered from the power and addiction of alcohol.

We bless God for saving the Akwidaa village and bringing new hope to them!  God bless you all who supported us both financially and through prayers to make this trip possible.

Thanks and God bless you, 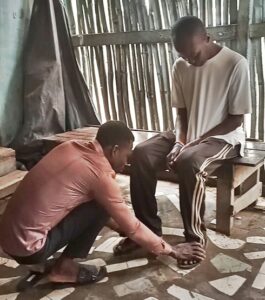 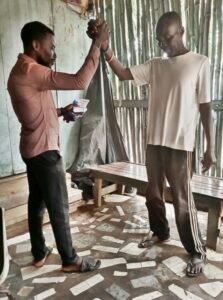 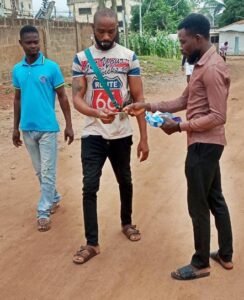 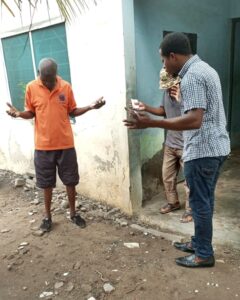 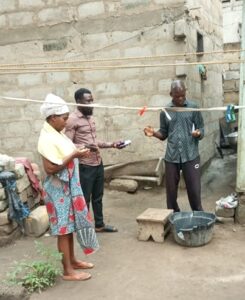 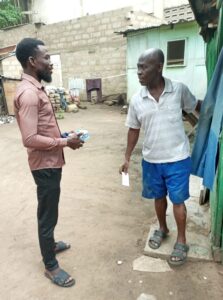 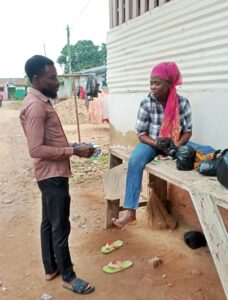 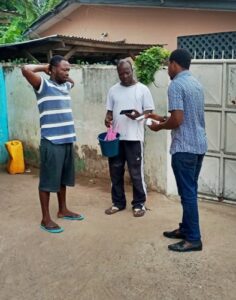 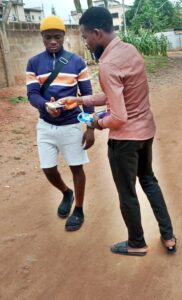 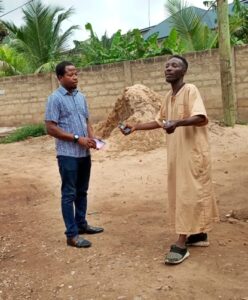