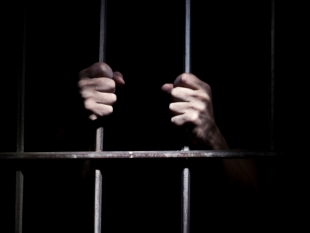 The meeting which commenced at 1:30 pm with prayer, praise and worship by the inmates; had in attendance one hundred (100) inmates, two (2) Prison officers and CMM regional coordinator, Pastor Kwabena Owusu.

A short exhortation was given by Pastor Kwabena Owusu, after welcoming inmates to the service and went straight to discuss the way forward concerning the commencement of the Bible School.

The inmates were anxious and wanted to know why the program was delayed.  They were satisfied after knowing the necessary steps taken for the program to begin. It was also agreed that those not wanting to become students can come as observers if the need be.

Inmates also expressed their appreciation and asked if a program or arrangements could be made to help their affected families as they were the breadwinners of their respective families. They were assured and reminded again of CMM’s commitment to do all it can to help and support them.

The meeting came to a close at 2:55 pm with prayer by Brother Adinkra-Agyeman Gyamfi.

On the 16th of June, 2017; the meeting started as usual with the Africa Director, Rev. Joseph Boakye Danquah, the regional coordinator Pastor Kwabena Owusu and an invited guest, Rev. Osei Atta of Amakom Baptist Church, Kumasi.  The CMM team was present and also a youth music group, Arise and Shine- Music Lovers.  Three Prison Officers were present with one hundred and ninety-seven (197) inmates. The house was full with some standing outside, their number we couldn’t count.

Music Lovers led the praises and worship, which was followed up with song ministrations. The program was really awesome as satisfaction was written on their faces, there was a great joy.

CMM on the other hand presented the items needed for the commencement of the Bible School. They included

However, we observed that about 75% of the inmates were youths and there is also a Prison Choir. The Arise and Shine youth group promised to provide 50 T-Shirts with their inscriptions on them to the choir.  CMM also decided to print same for the students when classes begin.

Further, CMM will need your prayer support as there is more to this program that we have started.

The program came to a close at 3.00 pm with closing prayer and benediction by Pastor Kwabena Owusu of CMM.