This time, we went to Juaso near Konongo in the Ashanti Region of Ghana.  The team consisted of four people:  John Harrison, Matthew Kernu, David Osarfo and Della Anning

The next day we shared tracts, preached and explained the messages in the tracts to the understanding of the people.  We shared over 200 tracts the first day and 23 people received Jesus as their Savior, by the Grace of God.

In the first one a woman who had a stroke for 1 year was healed by the power of God!

The second miracle was a sick baby who had been sick for a month.  The poor mom didn’t have money to take the baby to the hospital.  She was using herbs to treat the baby and the situation became worse.  The baby was pale and vomiting.  We prayed and she was healed by the power of God.

Glory be to God in the Highest! 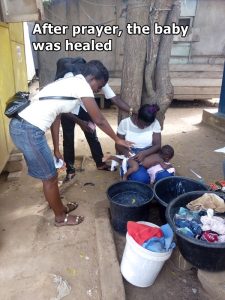 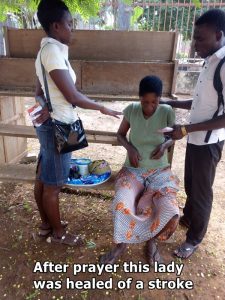