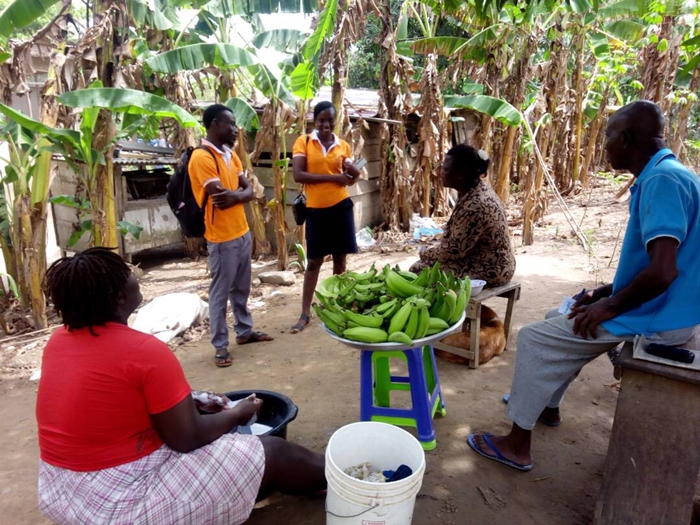 Four members of the C.M.M. team traveled to the remote village of Asikuma to share tracts, preach the Gospel message, and pray for the sick.  One woman they met was suffering severely from a stomach ulcer.  She had gone to the local hospital and was refused treatment because she didn’t have any money.  Then she met the team.  They didn’t have money to give her but they had something better.  Just as it happened in Acts, chapter 3 when Peter and John went to the Temple.  There at the Temple gate was a crippled man who begged them for money.  Peter looked at the man and said, “Look at us.  So he gave them his attention, expecting to receive something from them. Then Peter said, “Silver and gold I do not have, but what I do have I give you: In the name of Jesus Christ of Nazareth, rise up and walk!”   And the man, crippled from birth, rose up and was healed!   2000 years later, the woman in the small village of Asikuma asked for money and receiving none, was immediately healed after prayer.  She gladly received Jesus as her Lord and Savior.  Praise the Lord!

Another woman suffered from Typhoid Fever and Fibroid.  The Gospel was also shared with her and she was saved.  Please join with us in prayer that God will fully restore her health.

In addition to prayers being answered that day, the team preached and gave out 76 tracts.  A total of 38 people accepted Jesus Christ as Lord and Savior!  Hallelujah! 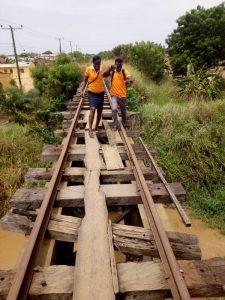 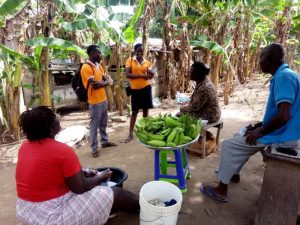 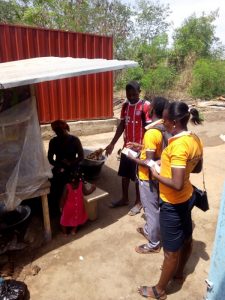 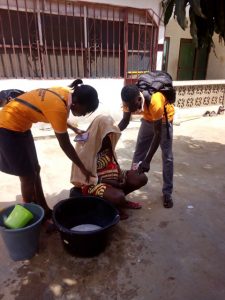 Above:  Witnessing to a street vendor      Praying with a woman who was washing her hair 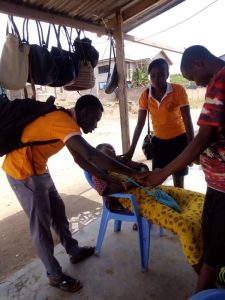 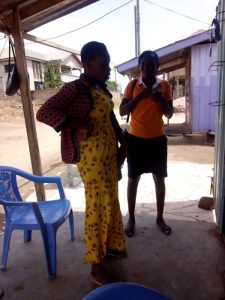 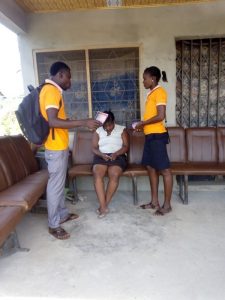 Above:  Another lady was sick and prayed for –  she didn’t receive her healing immediately but she accepted Jesus as Savior!

Outreach Team members included those below: 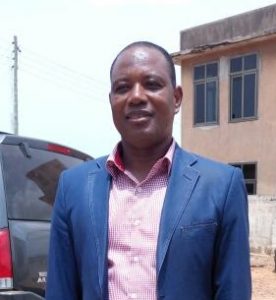 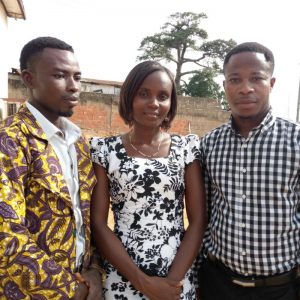