Greetings in the name of our Lord and Savior Jesus Christ. Once again I take this opportunity to testify of the goodness of the Lord.

In my last report, I mentioned our yearly Xmas convention of all our church branches which was held at Monome in Akatsi on the 24th -27th December, 2016 with the theme ONLY JESUS CAN SAVE (ACTS 4:12).

One of the major items on the programe was a special intercessory prayer to God, for the deliverance of the whole town of Monome from the Satanic bondage of idol worship and to pull down every evil-stronghold in the minds of those who reject the Gospel of Christ.

Our programme ended on the 27th December 2016. The following day the Monome Township also held their Annual Homecoming Festival at the same venue, which we have used, and as usual we were invited by the chief to come and say the opening prayers before the traditional pouring of libation by the elders of the town.

But on this particular occasion, we noticed a striking difference in the appearance of the chief when he appeared on the festival grounds. Normally he is preceded by some traditional drummers and the chief’s symbols of golden tipped staff, while he himself was dressed in the chief’s regalia, that is, the crown on his head with golden symbols, bracelets and golden chain and the chief’s traditional sandals on his feet.

This particular time, there were no traditional drummers or staff bearing elders leading, he came in a simple ordinary cloth without the crown on his head, in-fact he came dressed just like any ordinary man to the festival grounds, there were no special seat for him as usual, he sat on an ordinary plastic chair just like everybody else.

Two days later the chief called me and told me what has happened to him the previous night. He said a voice called him in the middle of the night to go outside and pray on behalf of the town, since he himself was finding it difficult to sleep; he went out to the grounds where we have been holding the programmes and began to pray.

According to him, he started praying around 2:00am, an hour later, all the lights in the vicinity suddenly went off, but he persisted until daybreak, during that period in prayer, strange screaming birds came rushing at him from all directions but using the name of Jesus kept them at bay and they could not harm him until day break and they left.

Now let me go back into a little bit of history of the chieftaincy of Monome.

The mother took the “little” chief Tsagli III to go and settle in another part of the Volta Region of Ghana, with other two siblings. He went to school and grew up there and is now about 35 years of age, working now as a teacher in one of the schools in that area.

Rumours have it that for the fear of his life, because of the wicked idol worshipers in Monome the mother does not allow him to spend much time in Monome. Even now as a grown up man he only visits when there are official meetings of chiefs of the area or a royal funeral, then quickly he goes back to Ziope. Although a self-contained house has been completed in Monome for his use as his official palace in Monome, he has never occupied it yet.

So for all these 35 years his brother Govena has been acting as the chief of Monome, in-fact he was the one from whom we bought the land for the planting of our church. He was not a Christian and many believe he is in league secretly with the chief fetish priest of the town.

The chief himself Togbi Tsagli III visits and sometimes worships with us only at night when he happens to stay overnight. He always encourages us to pray for the town, that the Almighty God will intervene and make the people to come to the knowledge of Christ.

Therefore it did not come as a surprised when he called me after his encounter with the strange birds that night to organize the churches in and around Monome Township to come together as one body to pray to God for the deliverance of the Monome township from Satanic influence.

So we wrote an invitation letter, copied to all the churches in and around Monome, all of us with our church included, numbered 7 churches to meet in the chiefs new palace on the 4th February, 2017, this letter was duly signed by the chief. We met on that day and planned to meet again to select a day in every month in which to have a joint all night intercessory prayers.

It was on this day that Togbi Tsagli III in the presence of all the Elders of the Town declared that, the palace should be called The House of God to the amazement of the elders who could not raise any objection.

Meanwhile the acting chief Govena has suddenly been taken ill, the biggest hospital in the Capital of the Volta Region, Ho could not do anything about it. I took the Covenant Messenger Ministry team from the Accra Regional office who have come to visit Monome, to Ziope where he has been receiving treatment in the mother’s house. The team led by Brother Boachie Danquah, including his wife, Dr. Jerry and the wife Paula, Brother Harrison and Matthew who ministered to the sick man who has then accepted Jesus Christ as his Lord.

He has since died and would be buried on the 10th of March 2017. In opposition to the elders of Monome Town, the chief, Togbi Tsagli III declared that since the late acting chief has declared his stand for Jesus, he will be given a Christian burial at Ziope and not Monome.

We are glad to announce that the name The City Of Hope with which we have named the Town of Monome is finally established.

We are very much aware that the battle of good and evil has just began, but thank God this is a battle that has already been won for us by our Captain Jesus Christ our Lord.

By this we are asking the entire family of Covenant Messenger Ministries to join us in prayers, especially for this young man who has declared his stand for Christ, forsaking the earthly crown for a heavenly one. Also for us who are in Monome, who have been here for over ten years and has survived by the power of God, all their physical and spiritual attacks. We believe that all the idols and fetish groves in Monome will relocate and the people in Monome will be set free by the blood of Jesus.

We are anticipating a massive Christian revival in Monome, that will affect the entire Volta Region of Ghana.

In this our part of the region, it has never been heard of that a traditional chief would declare his palace, a house of God publicly. This is the will of God. Spiritually we are declaring as illegal, any kind of occultic worship and practice in the town of Monome.

We thank you very much for your spiritual, material and financial support.

Thank God for greater works, which are yet to come, in the mighty name of Jesus amen. 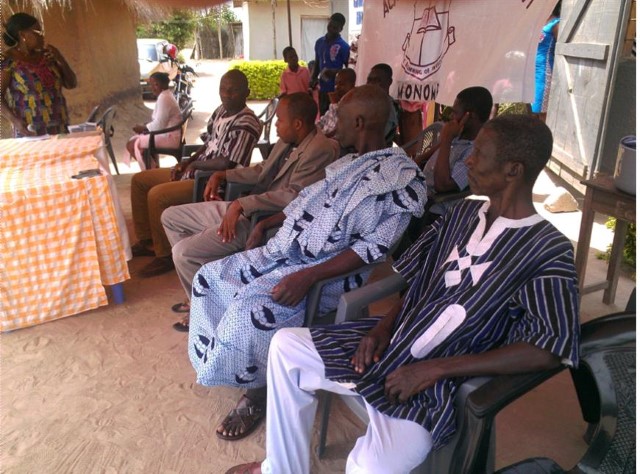 Second from right Govena, the acting chief of monomer
who died one month after accepting Jesus as his lord. 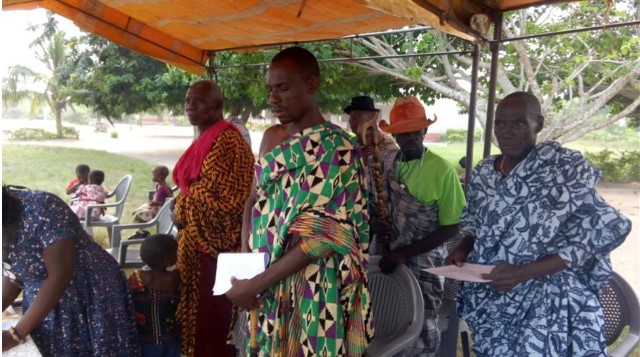 Torgbui Tsagli in Green Kente Cloth, chief of Monome the city of Hope. 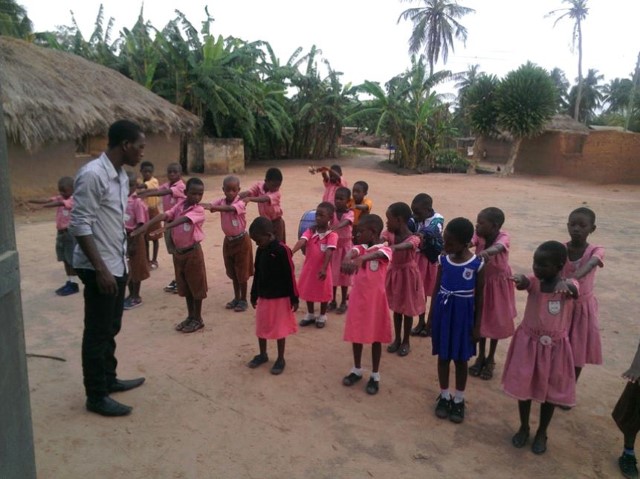 Some of the future leaders of Monome under training at the
Academic Glorious Hope School in Monome the city of Hope. 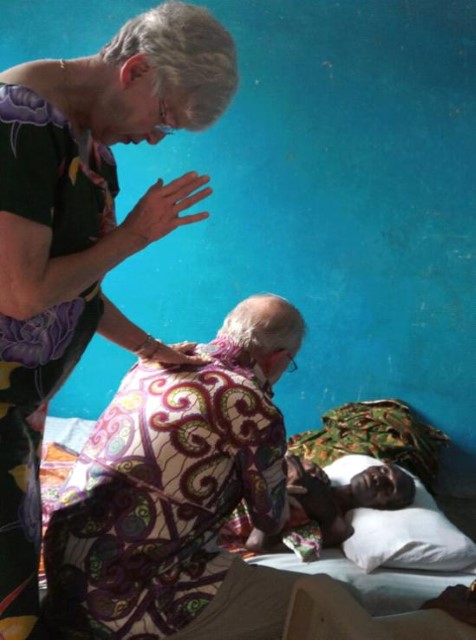