On the 29th day of January 2014, the outreach team led by Pastor Asare paid a visit to Kotobabi a suburb of Accra, in evangelistic activities. The team spoke to twenty-five (25) people out of which twelve (12) gave their lives to Christ. One hundred (100) tracts were also distributed to the people who came by their way.

A young Nigerian pregnant lady requested a prayer from them after receiving Christ which they did. She was having sleepless nights all because she was afraid of delivery. She was released from that fear after prayer.

The people they visited were in their homes, shops and on the streets. The people they spoke to were again directed to CMM office for further studies and prayer.  Our Bible Study and Prayer is taking off on the first Wednesday of March which is next two (2) weeks

The team visited the people of Industrial Area in Accra on the 31st day of January 2014. The people in that area comprises of travellers, sellers, foreigners, ‘wee’ smokers, gamblers and others. We were very sad when we saw three (3) young ladies who were drug addicts with some men. When the men first saw us they fled thinking that we were policemen.  However, the team spoke to twenty-two (22) people with ten (10) receiving Christ. Because of the heavy rain
that day we could not continue from there. One man by name Kwadwo Yeboah was surprised on seeing us for at his word he was on that faithful day he was thinking of how he could get in Christ.

Tracts were distributed while witnessing to people. Below are photos of the outreach. 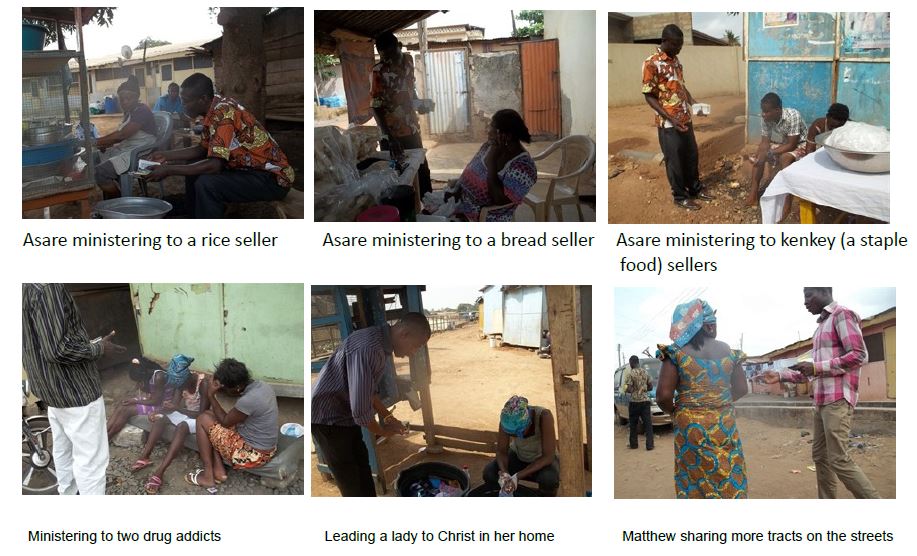 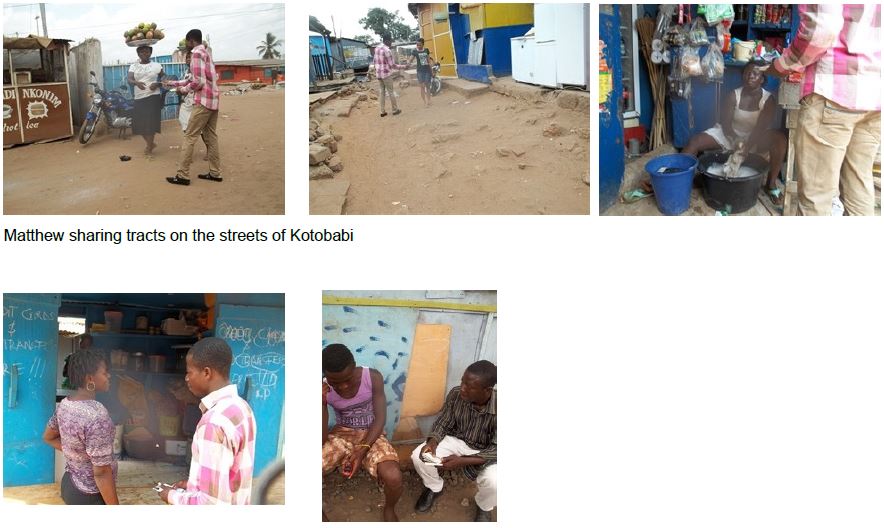