Those baptized in the Holy Spirit: 9

The evangelists were empowered as they left the premises of the Church of Pentecost, Dr. Wyatt. After they had spent 2½hours with the word and prayer. They left the premise towards Kwame Nkrumah Circle around 12 noon. Evangelists divided themselves into various groups with their respective appointed leaders. Various parts of the circle were allocated to the groups.

The evangelists approached all manner of people with the word but as Jesus said, Some received them and were they rejected by others. But as it was stated in John 5:24 Verily, verily, I say unto you, He that heareth my word, and believeth on him that sent me, hath everlasting life, and shall not come into condemnation; but is passed from death unto life. As many that received the word were liberated, healed, encouraged and empowered as scripture said.
Many people had already accepted Jesus Christ as Lord but had “fallen” so they were revived with the word and prayer. After 3 hours of preaching the good news all the groups met and gave reports on what happened.  It was all joy at the end as all departed seeing God’s marvellous work. Saturday’s evangelism programme was profited by those who evangelised and those who received the word.

Some instant healing that took place:

1. Baby Sammy who was suffering from dysentery was instantly healed by the power of the Holy Spirit.

2. Patrick and Isaac were also healed of waist problem

3. One elderly woman was healed of her asthma.

4. Another elderly lady was energized with the spirit of might as she arose from her bed and walked. 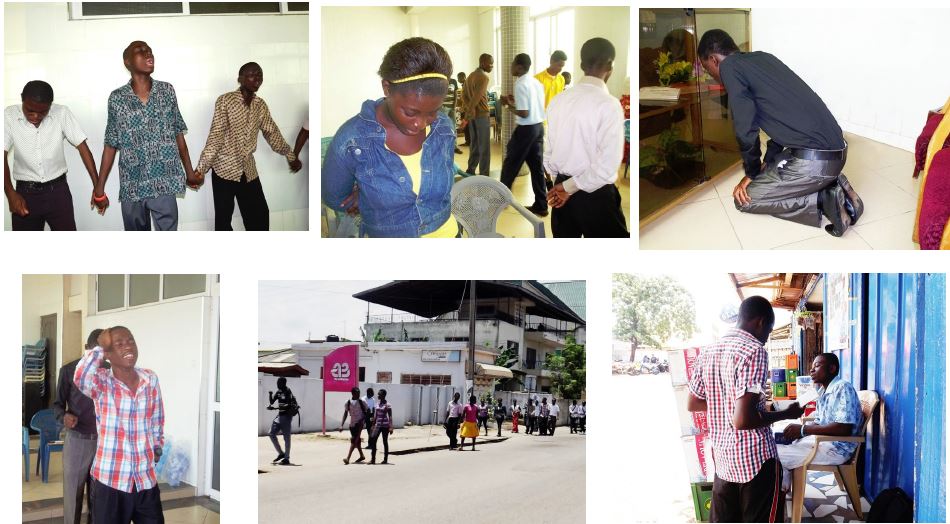