THE OUTREACH REPORT FOR JUNE, 2010

KISEMA, A SUBURB OF ACCRA

The outreach team held a three days evangelistic activity at Kisema a suburb of Accra in
the Greater Accra region from the 9th to the 11th of June 2010. The activities were soul
winning and follow-up.

The team reached out to nine people on the first day. One of them was a woman, who was
seriously sick of malaria and was healed instantly, sweating and rejoicing. While
ministering to her the husband was also listening to the ministration.

On the second day, eight people were spoken to. Two of them, women, gave their lives to
Christ. One of them said that she did not go to church because God sat down for her
daughter to die but later understood.

On the third day, the team reached out to seven people.  A woman who had suffered from
tuberculosis for more than a year received her healing instantly after ministering the word
and praying with her. She testified;” I am well, I am happy today”. She added that her
husband had taken her to so many places, doctors, herbalists and pastors but all in vain
spending a lot of money. After her testimony, they spent some time to examine her. She
was full of excitement.

In all two people were saved and another two were instantly healed. Others were
encouraged in the Lord 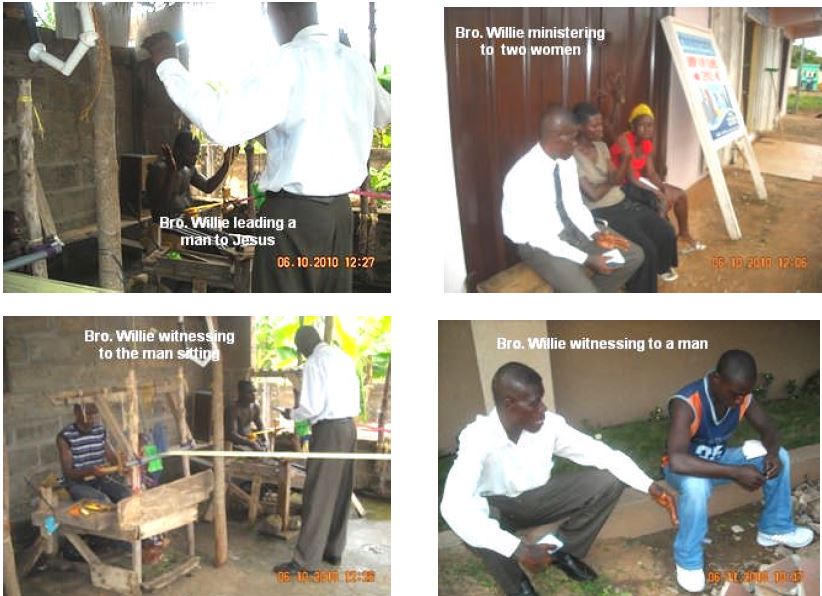 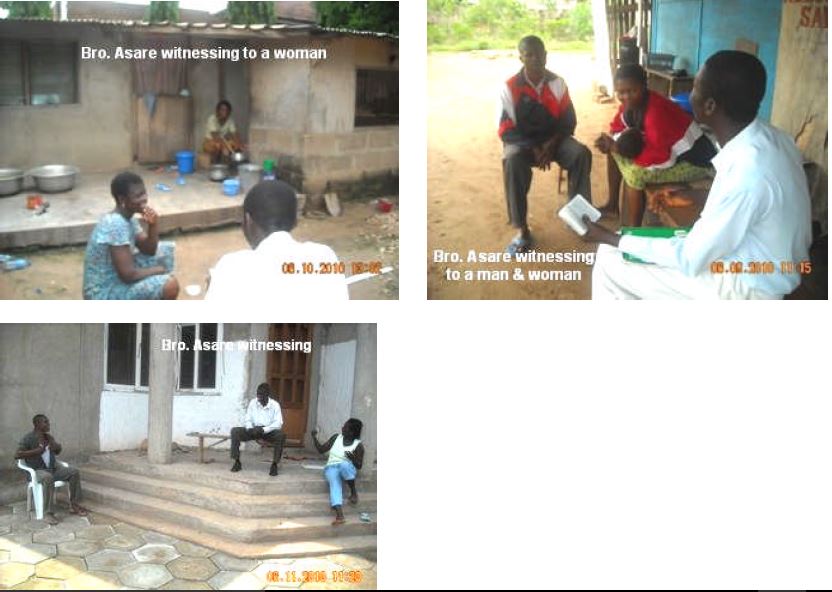 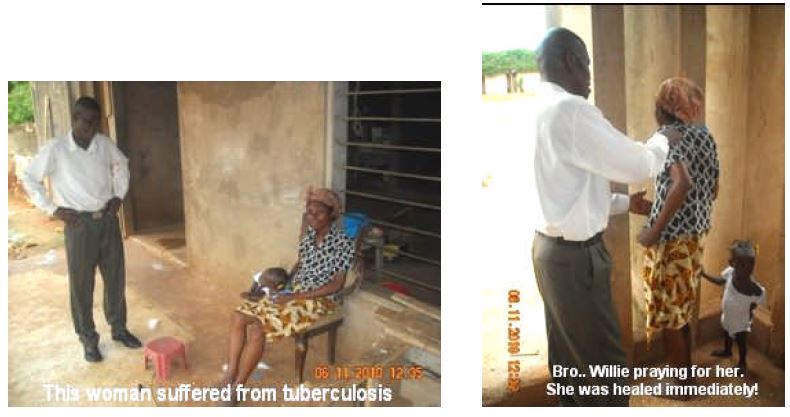