The outreach team had another three days follow-up and soul winning activities at Avenor in the greater Accra region from the 11th to the 13th of August 2010.

They visited six of their old converts and won one drug addict on the first day. On the second day, the team revisited thirteen people. A young man who did not want to listen to them during their previous visits this time gave his life to Christ on hearing a message on the second coming of Christ.

On the third day, they went to the smoking of Indian hemp zone where smoking of that stuff is
beyond control. They witnessed to four men out of which three accepted Christ and were directed to our office.

The team have decided by the work of the Holy Spirit to establish the Kingdom of God there. 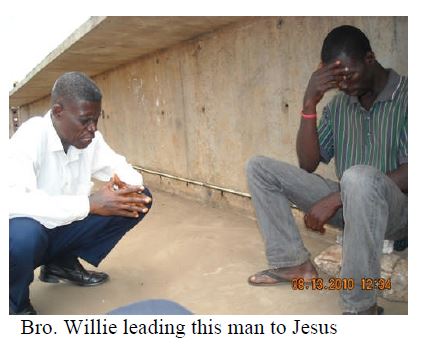