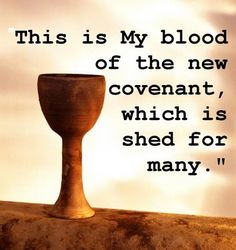 True Christianity is based on a person’s personal relationship with their Creator, God, through the shed Blood of God’s only begotten Son, Jesus.

We can have this relationship because of the sacrifice of Jesus on the Cross of Calvary nearly 2000 years ago.  It was a plan that was necessary because of the fall of Adam.  Adam sinned and lost his dominion over God’s creation.  The penalty for that sin was death, spiritual and physical.  In the Garden of Eden Adam died spiritually and lost his personal relationship with God.  God spared Adam from physical death because He loved them and desired that Adam and Eve should have descendants.  Instead of killing Adam & Eve, God killed an animal and gave Adam and Eve the skin for clothing to hide their shame.  The death of the animal was a temporary way of covering their shame and sin.

Physical death was still the penalty for sin.  The world needed a “second Adam”.  One that would be tested and tempted with sin and die in the place of the first Adam and for all of his descendants.

Jesus came into this world as our second Adam.  He was tested but never sinned.  He died for you and me so we might have life and have it more abundantly.  This “plan” of salvation for each and every descendant of Adam (which, of course, includes you) was done in a way that man could understand.  It was done through a Blood Covenant.  A Blood Covenant is an agreement, treaty or contract between two people or nations.  Because it is made and sealed in blood it is the most binding contract that can be made.  Down through history, practically every culture has used a Blood Covenant to bind two parties together.    In ages past a Blood Covenant was understood much better than we do today.  Today, men and women who enter into a marriage are actually entering into a Blood Covenant relationship with each other.  (Malachi 2:14)

Some Covenant Customs Have Carried Over to Present Day

A Bride and Groom feeding each other pieces of the wedding cake is a carry-over from the Covenant Memorial Meal.  As one gives the other the cake to eat they are symbolically saying, “This bread (cake) is myself and I am giving it to you to consume.  I am coming into you and we are becoming one.”

Shaking hands between two men is a custom that goes back to the days when men would show each other the scars of covenant relationships they had made.   Many scars meant many covenants cut and many friends to come to his aid if in trouble or threatened by an enemy.

Similar to the one above is the custom of lifting a hand in the air to wave hello.  This falls back to the day when men would hold up their hand and arm to display their scars.

To propose a “toast” at a wedding goes back to the 16th century when men would mix bread in with a cup of wine and pass it around for all to drink.  This is another example of one of the steps in cutting a covenant, in covenant terms, it is called the Memorial Meal.

In the Covenant concept of two becoming “one”, men used to believe that the third finger of the left hand carried a nerve that went directly to the heart which is symbolic of life.  When you give your “heart” to someone you are giving your “all” to them.  Hence a bride’s third finger of the left hand became the one to encircle with a band of gold.

Some weddings will put out a red carpet for the bridal procession.  This comes from the ritual of making a blood covenant by cutting animals in half, spreading them out on the ground for the two covenant partners to walk among in a figure-eight pattern while reciting the covenant oath.  The walk was called “The Way of the Blood”, hence the red carpet for the bride and groom, signifying the covenant relationship they are entering into with each other.

In Old Testament times there were 9 steps to “cut” a covenant.   Sometimes only two or more were performed but the result was still the same binding relationship.  To learn how the steps were done in the Old Testament and how we can relate to them today through the New Covenant we have through Jesus, click on the appropriate links below.