OUTREACH REPORT – Avenor – Sept. 8-9, 2010
The outreach team revisited Avenor, a drug addict area in Accra on the 8th and 9th of September 2010 and again from the 14th to 17 of the same month for follow-up as well as soul winning.

On the first day, the team spoke to 6 people. One person rejected the word but three surrendered their lives to Christ while the remaining two (our old converts) were encouraged in the Lord.

On the second day, the team ministered to nine people with two giving their lives to Christ while others (our old Moslem converts) were encouraged.  The team reached out to eight souls. Two of them rejected the word but one of them accepted Christ while the other backsliders were revived.

On the fourth day out of the twelve people to six were saved while the remaining six were encouraged.

Four of the saved ones were Moslem drug addicts and were surprised to see us with
such message of hope. They said that they have been rejected by all people including their parents not knowing that God loves them as well as needs them.

Avenor area is noted to be a drug addict zone so most of the people the team ministered to were drug addicts.

On Thursday the team conducted the usual prayer service at the Methodist Church at Kasoa.
Prayers were offered for the nation, leaders of the Church and families.
On the last day, two people received Christ! 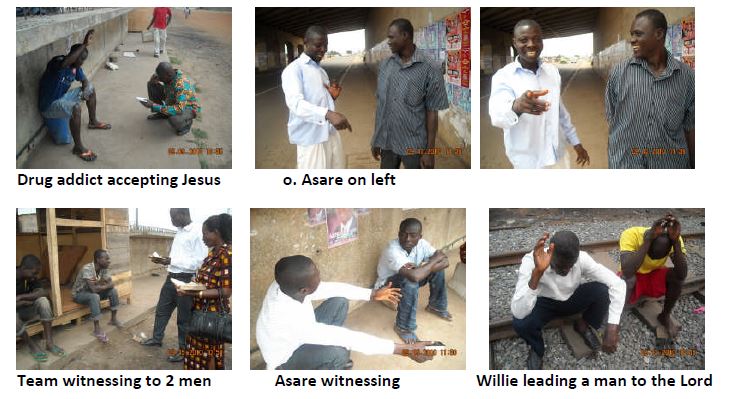 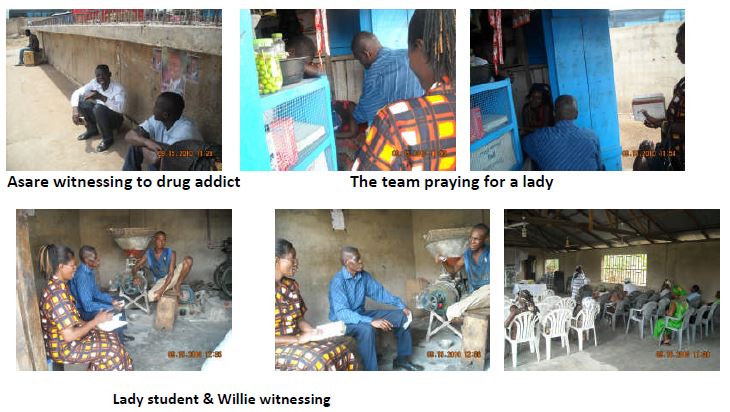 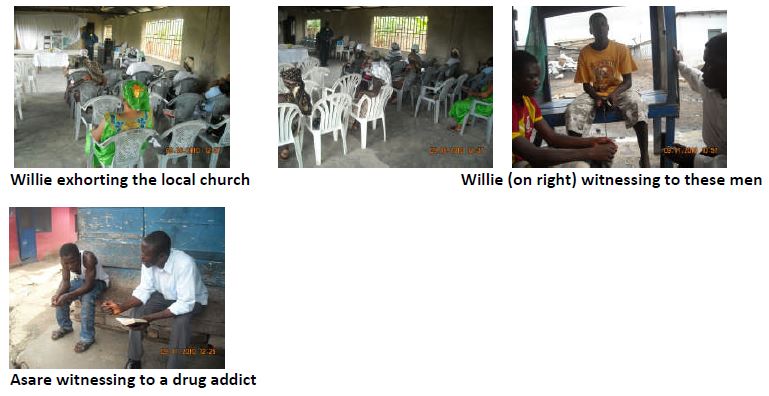