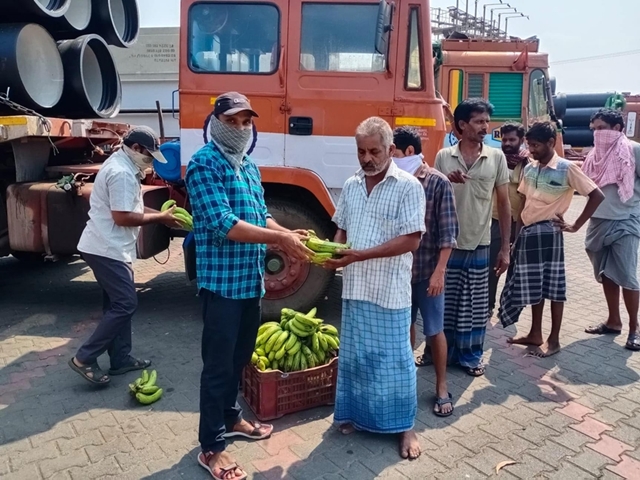 As you are very much aware, the whole world is in a terrible situation and it doesn’t look like it will improve very soon.

I’m reminded of the many trials the Children of Israel suffered because they had forsaken the God of Abraham, Isaac, and Jacob.   Time after time Israel would repent and God would save them from destruction but it wasn’t long before they were chasing after other gods again.   In ancient times it peaked with the destruction of Jerusalem and the Temple of Solomon.  In more modern times it peaked with the murder of 6 million children of Israel in the death camps of the Nazi regime.   Today tens of thousands have migrated back to Israel and made the land flourish, a sign of God’s approval and fulfillment of prophecy.

What does that have to do with America and the rest of the world?   It’s obvious the majority of the world and America, have backslidden from the ways of God.   In the past many nations, including England, Scotland, America spread the Gospel of Jesus Christ by sending missionaries, Bibles, Gospel tracts around the world.   Today few churches in America are concerned with supporting missions and missionaries.    I won’t go into a critique of today’s churches except to say there is much room for improvement.   We have become more concerned with “self” which is 180 degrees from the true Gospel.

I am convinced that God is permitting the present-day plague to make a world that is so full of lust for materialism and self-satisfaction to be aware of the fact that there is only one thing we need which is:  salvation through His Son, Jesus Christ.

It is like the centurion who was guarding Paul and Silas in prison.  Paul and Silas overlooked their chains and began to praise God.   Suddenly a strong earthquake shook the prison.  Chains dropped from Paul and Silas and prison doors flew open.   The guard was so afraid he thought the only thing he could do was suicide.  But Paul stopped him and led the centurion and his household to salvation through Jesus Christ.  That’s what it is like in the world now.  I believe God is waiting for more and more people to drop to their knees and ask the same question as the centurion, “What must I do to be saved?”.

Now for some good news:   We recently received a message from Rev. Cornelius that he had discovered about 100 truck drivers from another state in India who were stranded at a petrol station (gas station).  They hadn’t had food for a week.  Because of the lockdown, the law prohibited them from driving home and as you will see in the photos, the law was there to see they abided by it.  Stranded, without money or food, all they could do is wait until help came.

I’m happy to report that out of compassion some gave funds to be sent to Rev. Cornelius to help the drivers and villagers who were lining the roads asking for food.   When we received the money we immediately wired it to him and through the amazing technology of today, it took less than 30 seconds to go from the CMM bank account to Rev. Cornelius’s account in India.   The next day Rev. Cornelius and some helpers went to the market and bought bananas.  Then they met the truckers and began to pass them the food.  Many villagers also were blessed.  See the photos below. 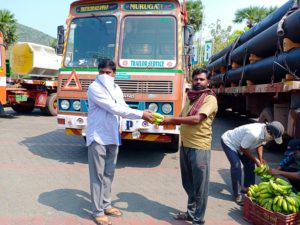 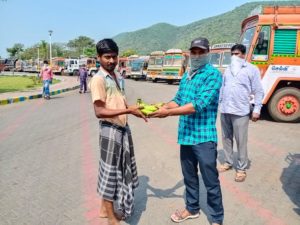 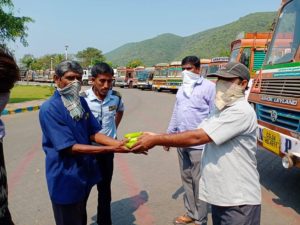 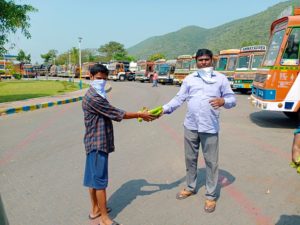 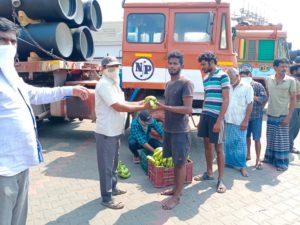 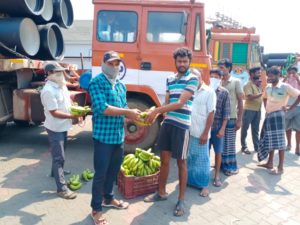 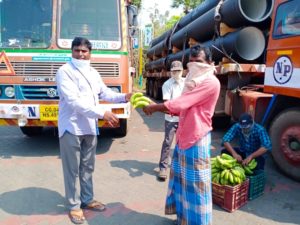 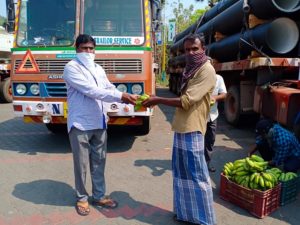 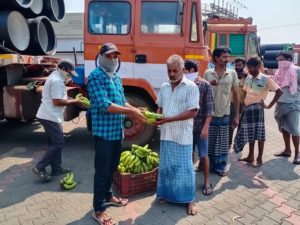 Some village women also were blessed with bananas: 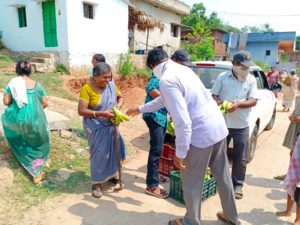 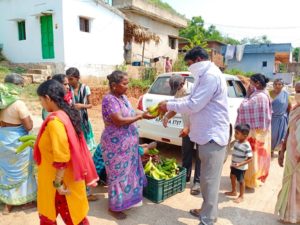 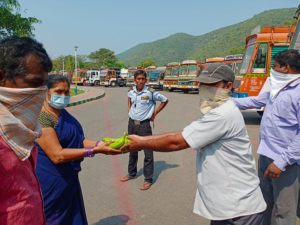 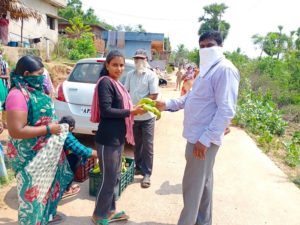