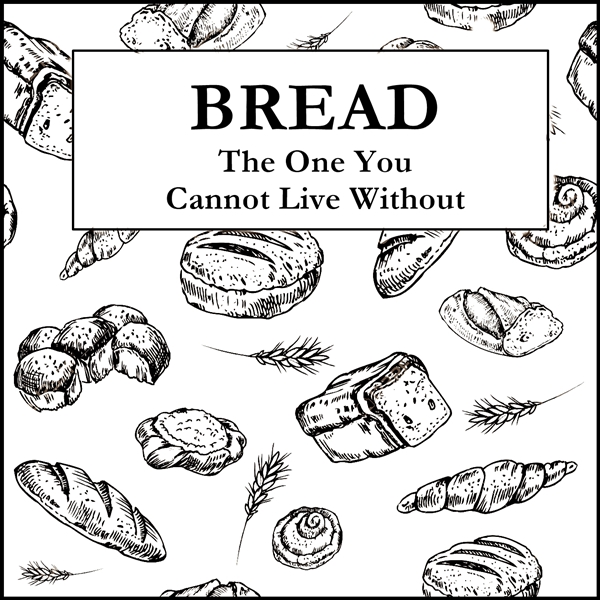 What is the most popular bread? Would you say: white, whole wheat; sourdough; raisin; corn; barley; or rye? Or, maybe you would say French, Italian; Pita; or bagels. The varieties are endless and, not only are the various breads delicious to eat but nutritious as well. It would be hard to imagine life without bread, wouldn’t it?

That’s the point of this little story about ‘bread”. Life would be hard without bread but, did you know there is one Bread that is necessary for everyone? Just as bread is considered the “staff of life” there is a Living Bread which is the staff of “ETERNAL LIFE”!

Anyone without this special Living Bread will see eternal death!

What kind of Bread is this? Well, it’s called the “Bread of Life”. This Bread never tastes bitter. Never gets old or moldy. It doesn’t cost money and the supply is endless. This Bread is ‘free’ to anyone who asks for it. It isn’t a “thing” or an object. It’s a Man, the Son of God, Jesus Christ.

You see, long ago God, the Creator, sent a type of bread called “manna” down from Heaven and daily, fed over 2 million people who roamed a desert aimlessly for 40 years. The reason for their being there in the first place and why they roamed around for such a long time is another story. But this “manna”, this type of Bread from Heaven, was preparing the world for the true Bread Who would also come down from Heaven.

When it was time for this Living Bread to come into the world, He was born in a village named, “Bethlehem” which, in Hebrew, means “house of bread”.

Now, what is bread made of? It’s made of a seed such as wheat, corn, barley, etc. So, when the Living Bread grew to become a Man, He had this to say,

“Except a corn (kernel or seed) of wheat fall into the ground and die, it abideth alone: but if it die, it bringeth forth much fruit.    (John 12:24).

Men in His time didn’t realize that when He said those words, He was speaking about Himself and describing events that were going to take place in the future.

Then, it happened. One day soldiers took this Man, this “Seed” or, kernel of wheat and nailed Him to a wooden cross where He died. Then He was put in a grave but, what happens to a seed when it is planted? It comes up again. That’s exactly what Jesus did! He came to life and walked out of the grave. He rose from the dead as the “first-fruits” of a great harvest of souls that is taking place in the world today.

Now anyone can all be a part of this great “harvest” which will make Heaven their home just by asking the Bread of Life to become part of their life. If you believe this, pray this prayer:

“Jesus, You are the Son of God.  You are that “Seed” that died, was “planted” and resurrected.  Dying for me was something you didn’t have to do but, because You loved me so much, You wouldn’t let anything stop You.  How can I thank You?  I know what You would say, ‘Let Me come into your heart’.   So please forgive my sins.  DO come into my heart, Jesus.  Please live in and through me until You come back to take me with you to Heaven. Amen”